TRAGEDY struck on Tuesday morning as a Toyota Camry car crushed three school teachers to death at Alapako area in Ogun State, on the corridor of the Lagos/Ibadan Expressway. 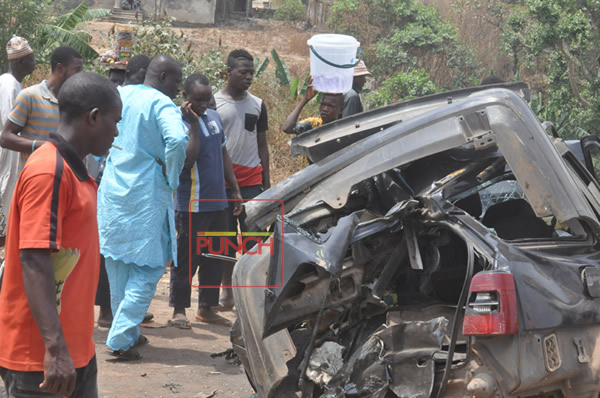 The accident, according to the Public Relations Officer of the Ogun Traffic Compliance and Enforcement Corps (TRACE), Babatunde Akinbiyi, happened when the driver of the car with registration number LAGOS EPE 140 BP lost control of the car as one of the front tires of the car removed on motion and crushed them to death.

The victims were said to be waiting for the vehicle that would convey them to Ibadan when the unfortunate happened.

“The front tyre of the car removed on motion, the driver lost control and hit the women standing by the roadside, who were school teachers waiting for the bus that will take them to Ibadan.

“Three persons died while one person was injured in the accident, ” he said.