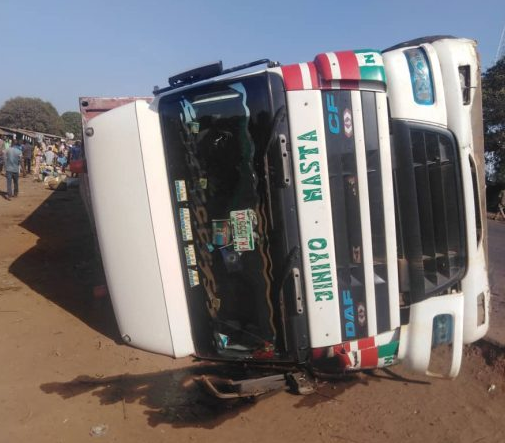 Twelve persons died in an accident on Sunday, December 8th as a truck container carrying over 103 people somersaulted at Sawmill village along Mokwa-Makera road in Mokwa Local Government Area.

”The accident involved 103 people, 55 females ,40 males, 8 children’s, 5 adults. Twelve of them were killed while 91 sustained injuries and taken to Mokwa general hospital for treatment. All the 12 corpses have been deposited at the hospital’s morgue,” he said.

He blamed the accident on over-speeding on a sharp bend of the road. The sector commander said that the Corps would continue to monitor road users to guard against overloading and dangerous driving.

”We have since embarked on aggressive patrols across all major highways to ensure that road users adhere strictly to traffic rules and regulations to avoid road accidents before, during and after the Christmas and New year festivities,” he said.