The death of Nigeria’s father of comedy-Moses Adejumo is like the fallen of a proverbial Elephant in the forest whose fall cannot be ignored by all the forest dwellers. So is the case of Nigeria’s grand commander of comedy. His death is a colossal loss, not only to the Nollywood family but also to Nigeria as a whole.
Below are what nobody told you about Baba Sala-Moses Olaiya Adejumo

-Baba Sala’s real name is Moses Olaiya Adejumo
–Mose Olaiya is a native of Ilesha,Osun state.
-He was born on May 18th 1935

-He started originally as a musician in 1964 as a group known as the Federal Rhythm Dandies where he tutored and guided the jùjú music maestro King Sunny Adé who was his lead guitar player
-He started his Television career in 1965 when his Alawada Theatre won a “Talent Hunt” contest sponsored by the N.T.A. Ibadan station; this led to a regular weekly half-hour slot on prime-time television. 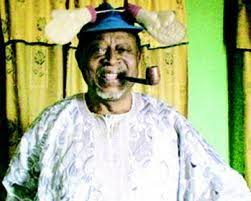 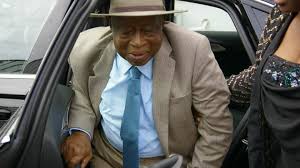 -Baba Sala’s funny costumes includ: Protruding belly,extra-big bow tie,pipe tobacco,extra-big wristwatch, baggy trousers, extra-big eyeglass and clapping face cap.
-Moses Adejumo Produced a film -Orun Mooru in 1982 which was blockbuster. It was a film with a huge budget which he took a loan from Bank to produced on celluloid. The film was pirated into VHS and this led to the loss of money and his property used as a collateral.

-On December 4, 2017, a book titled The Triumph of Destiny, co-authored by Babatunde Akinola, Collins Oyedokun and Kunle Ajani was published in order to both documents the successes of the legend and also to raise funds.

-He got a national honour of Member of the Order of the Niger (MON) in 1978 during the then General Olusegun Obasanjo‘s regime as military head of state.
-Some of his investments are investments are the Awada Spot in Ibadan; Alawada Standard Hotel, Ilesha; Alawada Records, Ibadan; and Ibukun Alawada Photo magazine.

-Moses Olaiya had lots of health challenges before he eventually surrendered to death. 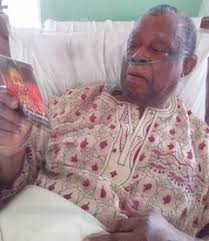 Amazing things you need to know about Nollywood...

7 Things you may not know about Messi’s...

Amazing things you need to know about Deeper...

10 THINGS YOU NEED TO KNOW ABOUT MERCY...

5 trapped as building collapse in Imo...