The match has just ended in a draw Portugal 3-3 Spain. 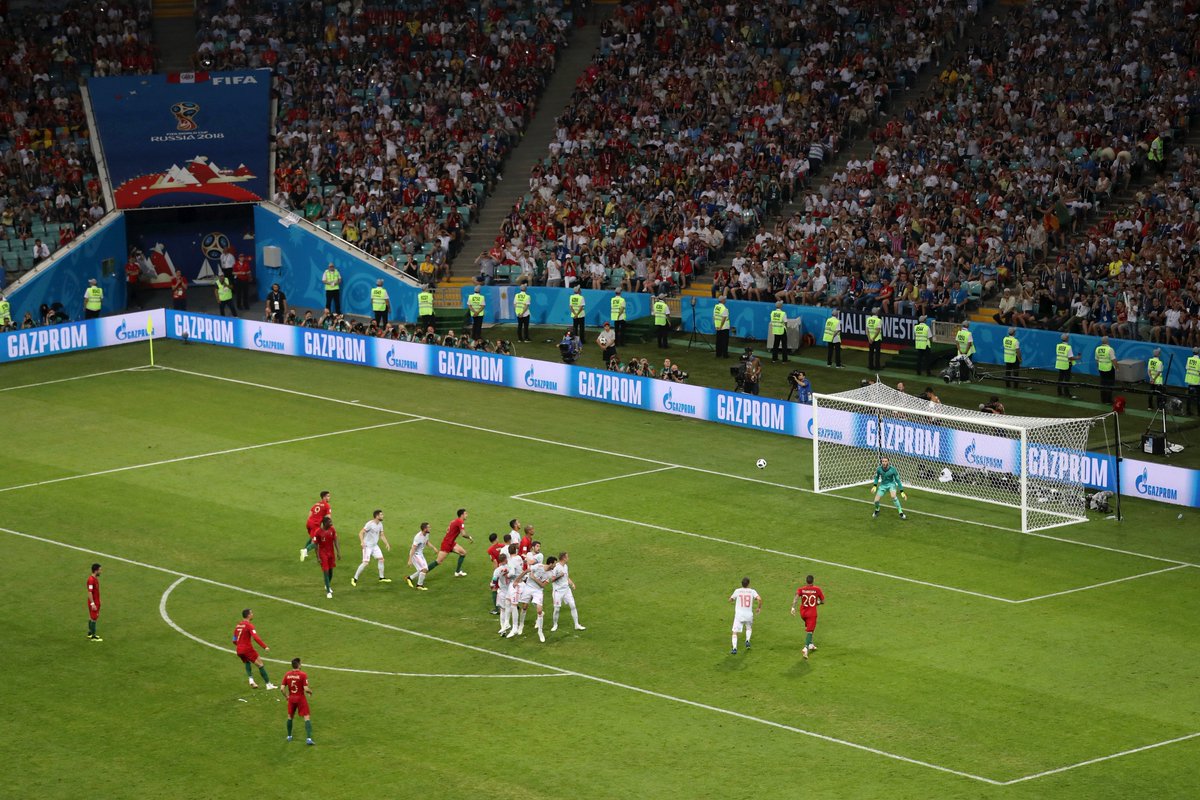 58′: Gooooooooal! Spain has taken the lead with a great goal. Nacho Fernandez who has been shaky in defence compensates in attack with a great volleyed goal. Spain take the lead after going behind twice. 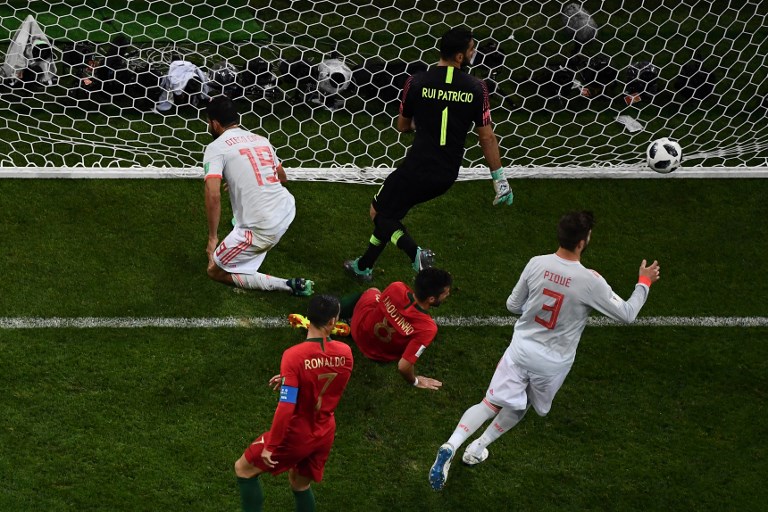 Meanwhile, here is what Ronaoldo’s heroics so far mean.

7:44: Gooooal! Ronaldo again. The Real Madrid forward ensures his side goes into the break with the lead.

7:26 pm: Almost! The crossbar denies Isco what would have been a great volleyed goal. Portugal would be thankful for that.

7:24 pm: Goooooal! Diego Costa levels the scores for Spain after a fantastic display of individual skills to dribble past some defenders.

Spain’s forward Diego Costa (2R) celebrates his goal with teammates.
Nelson Almeida / AFP
7:20 pm: Spain have reacted well after going behind and is in control of possession but Portugal is not far behind. Portugal, 48%; Spain, 52%.

7:17 pm: Spain’s Sergio Busquet becomes the first player to be booked for his rough foul on Goncalo Guedes.

7:00 pm: Portugal and Spain kick off their much-anticipated game. Cristiano Ronaldo will be hoping that his side will be able to benefit from the controversy that hit the Spain camp with the decision of the Spanish FA to fire coach Julen Lopetegui on the eve of the World Cup.

The team is that which would likely have started under Julen Lopetegui, had he not been sensationally sacked on Wednesday following the announcement that he would be joining Real Madrid after the tournament.